It has been really difficult for the students not being able to have access to as many practical lessons during these unprecedented times.  However, Year 7 students really enjoyed this lesson investigating surface friction.  The goal was to teach how science works in a safe environment while making it hands on for the students.

The aim was to determine how fast a trolley would travel on different surfaces e.g. plastic, carpet, acetate, foam and wood.  The hypothesis was that the smoother the surface the less the surface friction.

The class had to think of what variables we could investigate such as:

· The independent variable (what the investigator changed)

· The dependent variable (what result the investigator would record)

To ensure accuracy, each reading was taken thrice and the mean was calculated.  It goes without saying, that all the apparatus and hands were thoroughly washed after the experiment. 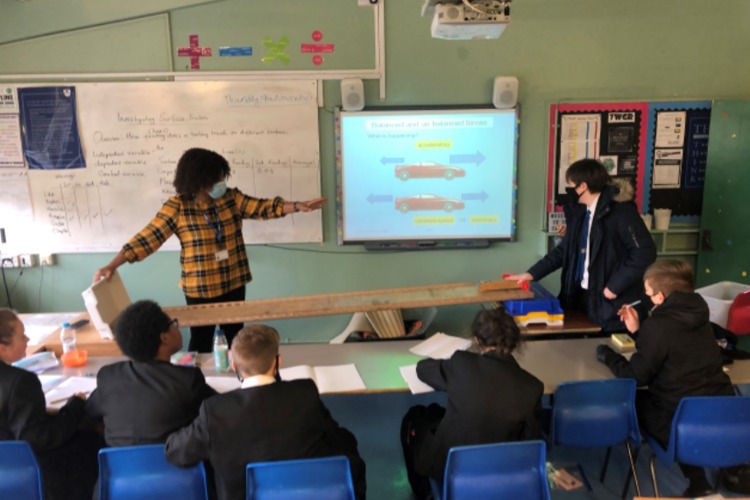