“On Monday 13th of January, a group called ‘Heathrow Young Innovators’ delivered a workshop for a group of Year 8 students.

Firstly, they went through what it meant for something to be sustainable. This was interesting as we got an idea of how Heathrow is working hard to make itself more sustainable. Next, we learnt about a few of the jobs at Heathrow and how varied the different careers are. We heard this from the volunteers who came from Heathrow specially for our workshop. They told us about their own jobs and how they were an important part of Heathrow. This was very interesting as we learnt that there are many different jobs at Heathrow that aren’t just pilots or flight attendants.

In groups of three we were then told about our task, which was to design a new lounge for Heathrow. We chose a specific passenger to cater for by rolling a dice. We then went on to design a lounge for our specific passenger. The amazing Heathrow volunteers helped us and gave us ideas. After lunch we were given laptops and 3D objects on PowerPoint to create a 3D version of our lounge.  After we had finished drawing and creating our lounges, the Heathrow volunteers judged our lounges and chose a winner.”

The winners won an awesome Heathrow water bottle each! By Jessica Cloake (Year 8). 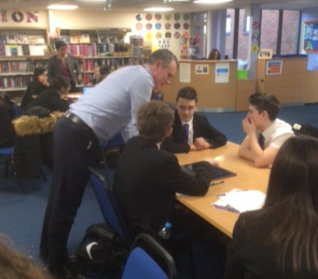 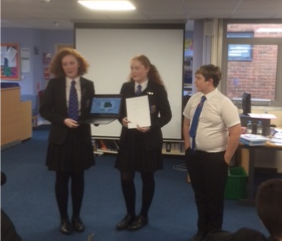