The winning entries are here for everyone to read, but all of the entries in this first year were of a very high standard and the judging was difficult.

Congratulations to everyone who entered, especially our winners.

Well done to you all. 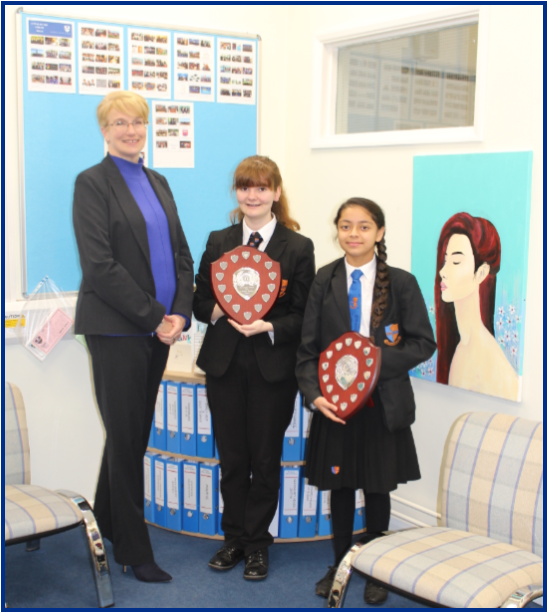 'The Malfunction’ by Corinne Anstey

Continuous chugging of the lift set the predictable mood of the Wednesday morning briefing.  An elderly man, portraying bags of sleepless nights on his face, comes to stand next to me.  Being strangers to one another, the awkward silence arises and the box heats and begins to smell of perspiration despite our attempts to share polite glances.  Suddenly the man starts coughing and he doesn’t respond at first when I ask if he’s alright, until his hoarse voice utters:

Following more coughs and the occasional wheeze, he replies:

Screech!  Succeeding more mechanical sounds the noise vanishes and I look towards the old man. Every week, the same monotonous exercise occurs, exiting the claustrophobic lift and being invited into Gomez’s room promptly at 10.30.  The discussion always finishes with a sense of false hope.  So, when I’m stuck in the motionless lift with someone holding information – it’s intriguing.  Will a lead finally emerge?  My mind ponders again: recalling distant memories about that autumn morning.

Abruptly interrupting my train of thought, he explains what he witnessed on that unspoken day.  Crystal blades battle to escape my eyes whilst I try gathering my breath, choking on the boulder in my throat. He saw her, my baby getting dragged away, pleading, after vanishing from my sight.  Precipitously, I’m preparing to punch the pensioners in the mouth, until something stops me. He did everything he could to report the crime utilising piles and piles of evidence.  How’s my little one still there lacking the tender care of her father?  That’s when the brutal truth hit me: both of us have been receiving unchanged answers since that fatal day.  The police are the ones that need to be interrogated, not the vulnerable citizens; a horrific guilt ridden cover up will soon be unravelled….

Every time my eyes are closed, the three-year-old nightmare replays in my mind; my brain has constantly relived the torture. Worrying, no one has listened to my endless evidence and that the press were too focused on the politician who committed fraud – being the first time they had a slither of proof to prosecute; all amenities were utilised.  Was the innocent child awaiting aid forgotten about or did her case not provide enough money?

Exhausted of questioning the archives, I turn on the news and stare in disbelief; the girl, Leah, is there shivering constantly; her face shows me purity stolen by horrors that the police should have shielded her from! Comforting her is Steven with an unforgettable expression of relief, when the door opens revealing the chief constable, visible fury boils in his eyes, an excuse cannot be formulated. Everyone is shocked when she states the unimaginable: “I solely take the blame for the inexplicable lack of conduct that’s occurred and consequently will be withdrawing from this role. I’m deeply sorry for the pain and confusion caused.”

The channels location changes to display the evil villain retreating the courthouse without a flicker of remorse for the reprehensible felony he pursued for some sick sort of satisfaction.  Another girl’s virtue was stolen after Leah so this distasteful delinquent deserves the most enduring sentence for his repeated acts against these children – twenty years is not enough to begin to balance the fifty years of ghastly flashbacks that will haunt the victims.

Now, less that a week later, justice has finally been served; the culprit will remain confined within the four walls of the cell for life to repay for his deeds.

You might think that this was just another boring day at school, but it wasn’t, today was the best day ever!  A new boy – Matt – joined the school and he has everything the perfect boy needs: cuteness, smartness and the gentlemeness – if that’s even a word!  He is the best and to be the cherry on the cake, he sits next to me in nearly every subject – except in music, art, biology and English because he sits next to Anna – my bestie, in them but I don’t mind.  Anna and him are getting along which makes him even more perfect.

Let’s see what tomorrow brings; I can’t even wait!

Today was alright…. Well me and Matt got close, but…. him and Anna got even more closer, which I cannot tolerate!  Me and Anna got into a fight because I told her to back off since they are apparently ‘going out’ but I know that Matt likes me, so I punched her in the face because that’s what she deserved!  But then, to make having a fight with my best friend even worse, Matt didn’t side with me, he took Anna to the medical room and I even saw them hug!  What could be worse than that...?

Not even my best friends….

Awesome and revengeful are the only words to describe the day!  I am as happy as happy can be!  But you might be wondering why I am this pleased?  Well, it all started at lunch when Anna and Matt were sharing a lunch, my blood boiled at that sight, so a plan formed in my mind…. a revenge – filled one!

As Anna made her way to the bathroom, I followed her like a disciple and the master.  I asked her if we could forget all our differences and let bygones be bygones and Anna, being her innocent and so humble self – believed me, a girl who never backs out on the things she does, so to sort everything out we had to…. UGHHH…. hug each other; just thinking about it makes me puke! Well we did that and then….

Ah help, I screamed as blood oozed from her body: she lay like a lifeless doll over the varnished floor!  A scarlet liquid drenched her white school shirt.  The light in her eyes and the colour in her cheeks dwindled just like the life in her.  My screams and shrieks echoed the bathroom and I screamed as a nearby teacher ran into the bathroom and screeched herself when she saw the motionless girl desperate for breath.  Misery burned behind the teacher’s eyes as she saw the body in pain and agony.  Everyone – including Matt – ran in and tears flooded the bathroom which was already flooded with blood – good thing I carry around glycerine, never know when to cry!  Everyone’s eyes pierced me…. I had to justify and say: I only came to say if we could be friends again and then I see her and….

Well blah blah blah cry cry and then run out to show I was soooo upset!

That day was awesome, but do you wonder how she just suddenly died….?

Well I guess, we will never ever know!

My best friend…… WHO?