When the whole country was making an important decision on the next political party to run the country, SO WERE WE!!

Sunbury Manor students took part in a whole school General Election. Students were eager to understand the facts and impacts of such an important decision and were keen to have their vote.

The result of the vote at Sunbury Manor’s General Election, using the First Past The Post system, was that 51.5% of students voted in favour of the Labour party. Regardless of the national result, all students were able to vote and give valid reasons for the vote choice they made.  This school vote has offered students the opportunity to better understand politics and feel part of a national decision. 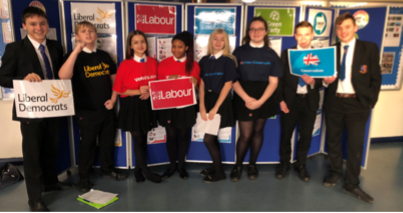