Surrey Police team up with Sunbury Manor School to safeguard

As part of a joint initiative between Surrey police and Sunbury Manor School in Sunbury-on-Thames to safeguard students from County Lines – a crime where gangs and organised crime networks exploit children to sell drugs, we ran a proactive operation yesterday (Wednesday, 24 April).

Sunbury Manor welcomed a visit from our officers and colleagues from Metropolitan Police, who were on hand to speak to the children as they arrived at the school. In addition, all students walked through a ‘screening arch’ which was used to detect if children were carrying any weapons. Together, the aim was to disrupt any potential gangs from ‘recruiting’ these students, build our intelligence on the issue, while also educating children about how these gangs may look to recruit them as well as the consequences of drugs and associated crime.

Youth Intervention Officer, PC Caroline Barnes said: “This operation is one of a number of tactics to reduce drug related harm in Surrey. While we absolutely have a focus on convicting the most significant members of organised crime groups for offences that carry substantial sentences in order to achieve long term disruption, it’s vital that we break the cycle of criminality by educating children about the harm that is caused by County Lines.”

“We know gangs groom, threaten or trick children into ‘running’ their drugs for them. They may threaten them physically or threaten to hurt their family. The gangs may lure them initially by offering something in return – it could be money, food, alcohol, clothes and jewellery, or improved status – but the giving of these gifts will usually be manipulated so that the child feels they are in debt to their exploiter.”

“However they become trapped, the child involved will feel as if they have no choice but to continue doing what the gang wants. Our objective is to inform them of the stark reality of drugs and gangs with the view to preventing them from getting involved in the first instance.”

Headteacher for Sunbury Manor, Louise Duncan said: “We are very grateful to Surrey police for all of the work and support with this exercise.  We are acutely aware of the risks facing our young people from those who would target them and today has been a vital part in the work we are doing as a school to protect and support them and to give them the awareness and strategies they need to keep themselves and their peers safe.”

Caroline Barnes added: “We will continue to do all we can to make Surrey the safest county it can be, but we rely on information from the public. If you believe you’ve seen signs of drug dealing in your community, say something and report it to us. Likewise, we all have a responsibility to look for the signs that a child may be involved in County Lines – if someone you know displays some of the following behavioural changes, it’s vital you question it.”

What are the signs that a child may be involved in County Lines activity?

If you have concerns over a child, speak to the schools designated safeguarding lead or report to us on 101.

Surrey Police have produced a You Tube video giving further information regarding this subject.  Please find the link below. 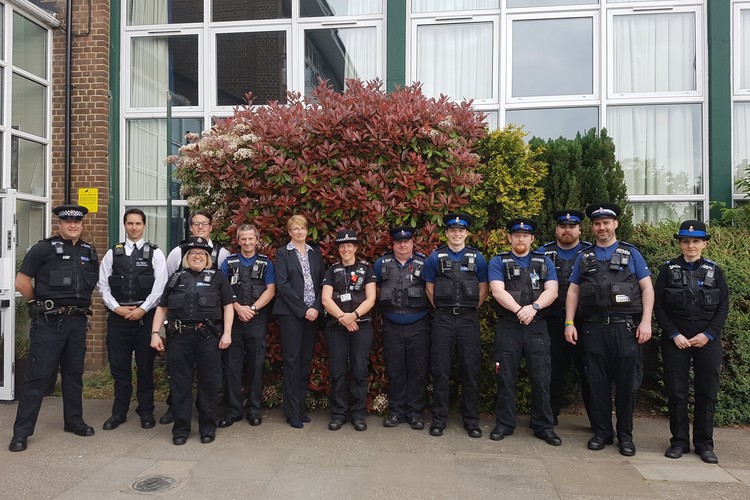