We would like to congratulate Elizabeth Goodenough, who won the Middlesex young volunteers award earlier this month. She was chosen out of 5,000 young people for her services to the 'minis & micros' at Staines Rugby Club.

Elizabeth was approached & encouraged to become a young ambassador for the sport as the club were extremely excited that such a young female was a shining example to the sport.  The chairman at Staines has offered her a senior coaching role to help mentor the first ever Staines all-girls' youth team which she is very excited about.

Well done Elizabeth for being such a shining example. 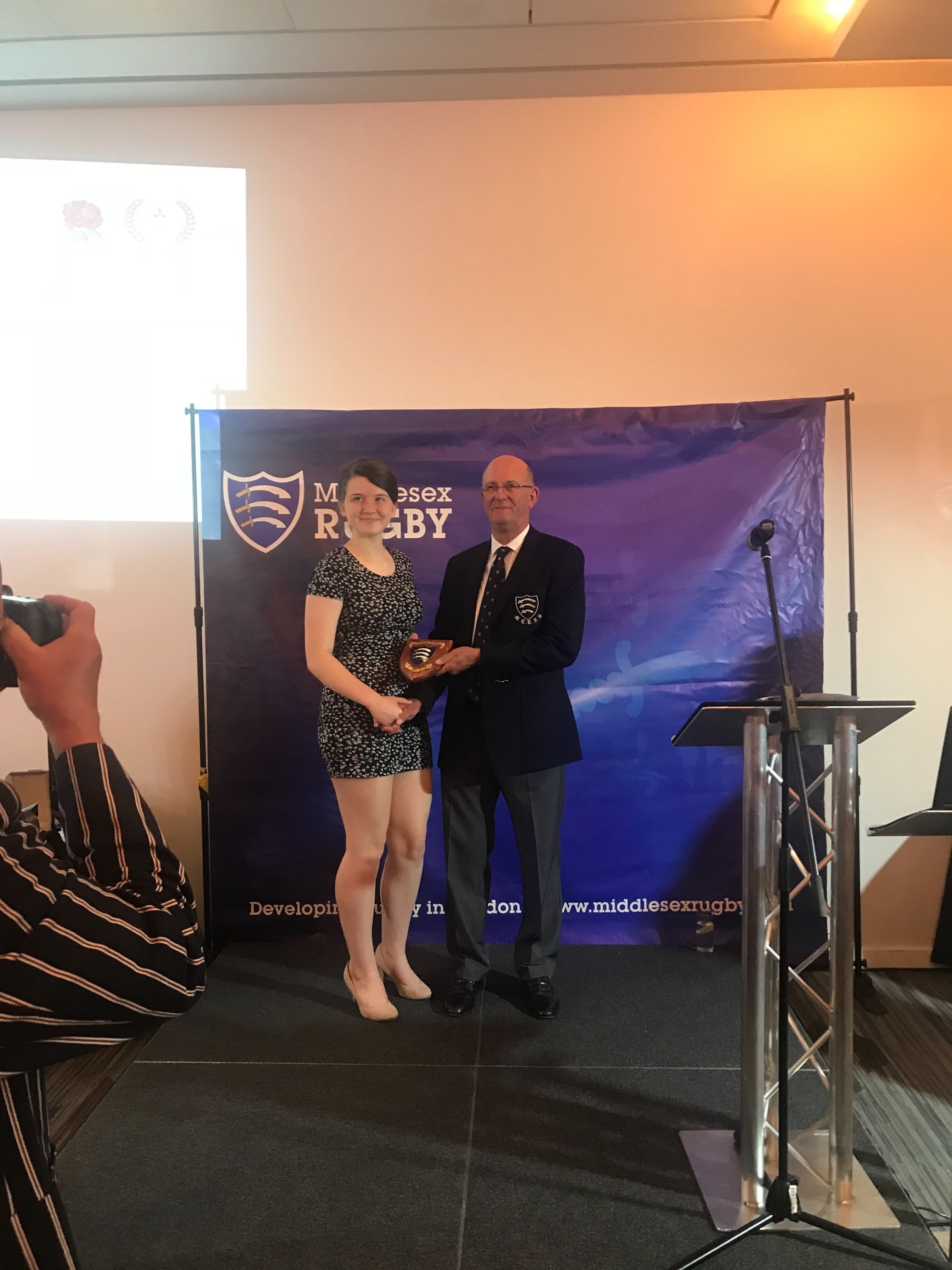 Written by SMS News
Posted on: 29/06/2018
Back to News ListPreviousNext