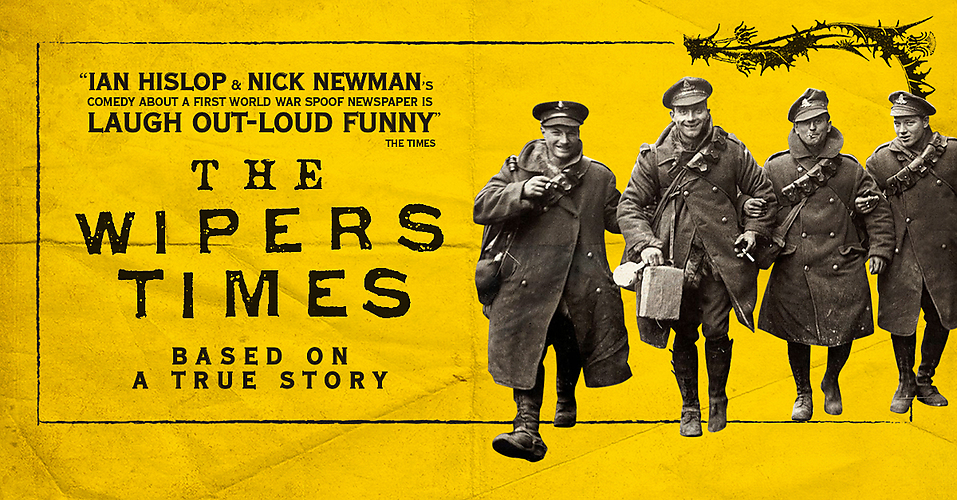 On the 18th October, thirty-six GCSE Drama students enjoyed a fantastic evening at the Yvonne Arnaud Theatre in Guildford seeing the entertaining production of The Wipers Times, written by Ian Hislop and Nick Newman.

The play tells the true and extraordinary story of a satirical newspaper created in the mud and mayhem of the Great War. In a bombed out building during the first World War in the Belgium town of Ypres, two officers discover a printing press and create a newspaper for the troops. Far from being a sombre journal about life in the trenches, they produced a resolutely cheerful, subversive and very funny newspaper designed to lift the spirits of the men on the front line.

The students enjoyed the show for its comical characters, witty dialogue, amusing musical numbers and the diverse styles of performance used. A great show that we would all like to see again!