The December STEM challenge was all about making your own wrapping paper and seeing if it is cost effective. Jay Mears, Year 7, created a great series of pictures to show his entry and he also formed this excellent conclusion:

I am sure you will agree that Jay was a worthy winner of December’s challenge.  Jay’s prize was an Engineering Academy Marble Run, which meant once he had built a two-story marble run using the provided resources, he could then carry out a series of experiments to test it out. 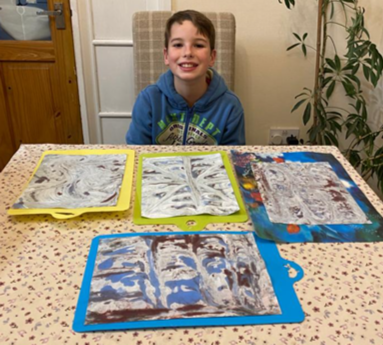