“On Tuesday 12th November some of us (Year 8) were lucky enough to be chosen to go and see the ATP tennis finals at the O2 Arena in London with Miss Grice and Mrs Keith. On the particular day we were going we were excited to hear that we were going to get to see Roger Federer play a game of tennis!

We got on the train, all ready in our school uniform, and began our trip into London. All in good spirit, we got off the train and next jumped on the tube. Once out of the underground we walked towards the famous O2 where we spent some time in the fan zone and had some fun on the virtual reality games on offer. After chilling out and having lunch, we headed into the main arena just in time to see Federer’s match. 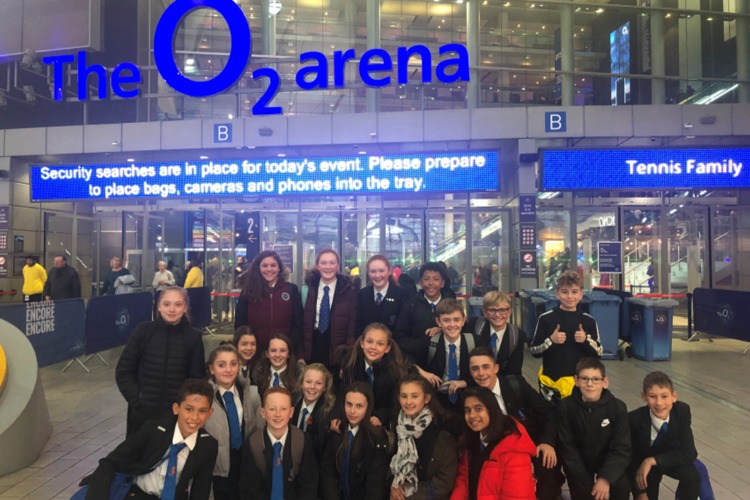