On Friday 8th February, a group of Year 7 girls visited the Copper Box Arena in Queen Elizabeth Olympic Park for a 5-a-side football tournament. The girls had qualified for the South East tournament after winning the Inter District Girls Tournament previously in the year.

They played five games and represented the school excellently, playing in a very difficult group; after 1 win, 2 draws and 2 losses, the team finished fourth.  They showed true character and belief in themselves throughout the tournament, which saw the best schools in the South East participate. The girls were a pleasure to take and really excelled in their football on the day. 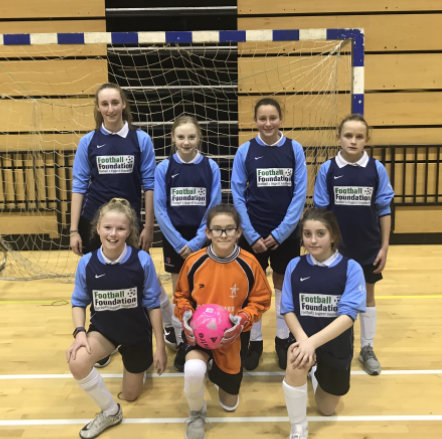