The Year 10 girls triumphed at a very wet, cold and windy 7-a-side District Tournament on 28th November.  We met Bishop Wand and Jubilee High in the group stages, where the girls made a solid start with a draw and a win, which lead us to finish top of the groups, leading straight into the semi-finals.

We faced Matthew Arnold in the semi-finals, which the girls won convincingly and won them their place into the District Final against Bishop Wand.

After losing out narrowly last year the girls were up for the challenge in the final and despite the awful weather conditions, they defended superbly and took the game into extra time. In the last minute, Callie Breen skilfully took the ball around their keeper to put the ball into the back of the net to win the game.

The girls put in a very good performance throughout the tournament to become DISTRICT CHAMPIONS! 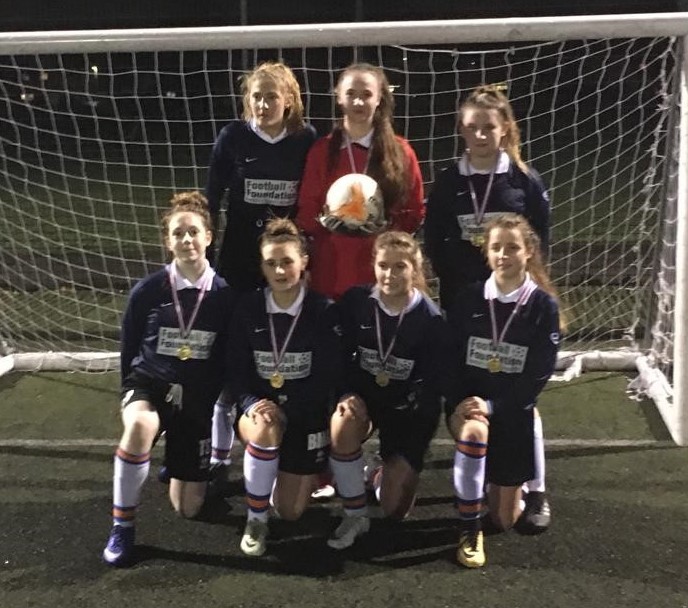