The summer term has seen a whirlwind of events at this year’s district Athletics competition. The competition was hosted at the new Athletics track in Walton On Thames where members of the Lower School (Years 7 & 8) competed for the district title on Tuesday 19th June 2018 and members of the Upper School (Years 9 & 10) competed on Friday 22nd June 2018.

The year 7’s put on an inspiring performance within their first district athletics competition. For the girls, Chanelle Lovelock led the way by winning three gold medals in the Shot Putt, Long Jump and the 600m and, if that wasn’t good enough, the icing on the cake was that she set new district records in both the Shot Put and the 600m. Well done Chanelle! This performance was closely followed by Phoebe Clark (Javelin), Alexa Cotze (Javelin) and Caintlin Odukwe (Discuss) who all came first in their respective events!

For the boys, Ethan Gold became the leader as he competed in both the High Jump and Long Jump and won the gold medals respectively. This strong performance was then followed by the rest of the boys’ team as all performers achieved a top 4 performance. The year 7 girls finished in overall 2nd place and lost by just a measly one point and the boys finished in 3rd place overall.

For year 8, Cole Collier led the way by winning the gold medal in the 100m event and with the support of Dan Bamba, Stan Barret and Troy Murray the boys also sailed to the gold in the 4x100m relay. Well done lads! Harvey Roberts followed suit in the Javelin as he came in 1st place position, whereas Alex Pitula came in 2nd place position in the High Jump event. The girl’s also put in a strong performance but were unable to achieve a gold medal. Whilst winning a medal is brilliant, the participation and taking part is just as important, so well done girls! The year 8 boys finished in 2nd place and were 6 points off the top position whereas the year 8 girls came in 4th position.

The year 9 and 10 students further added to the successes of the lower school and highlighted a brilliant overall performance from both year groups. Standout performances from the year 9 cohort are Jon Awuah (200m/Tripple Jump) who came in first place position and also Cain Matthews (Shotput), Ramona Kingdon (Girl’s 800m) and Ethan Hellyer (Boy’s 800m) came in second place position. For the year 10 students, standout performances came from Sonny James (Discuss) and Sam Benge (Javelin/Triple Jump) as they came in first place position in their respected events. Both the year 10 boys and girls finished in fourth place position!

Well done to all for taking part and for representing Sunbury Manor School so brilliantly. 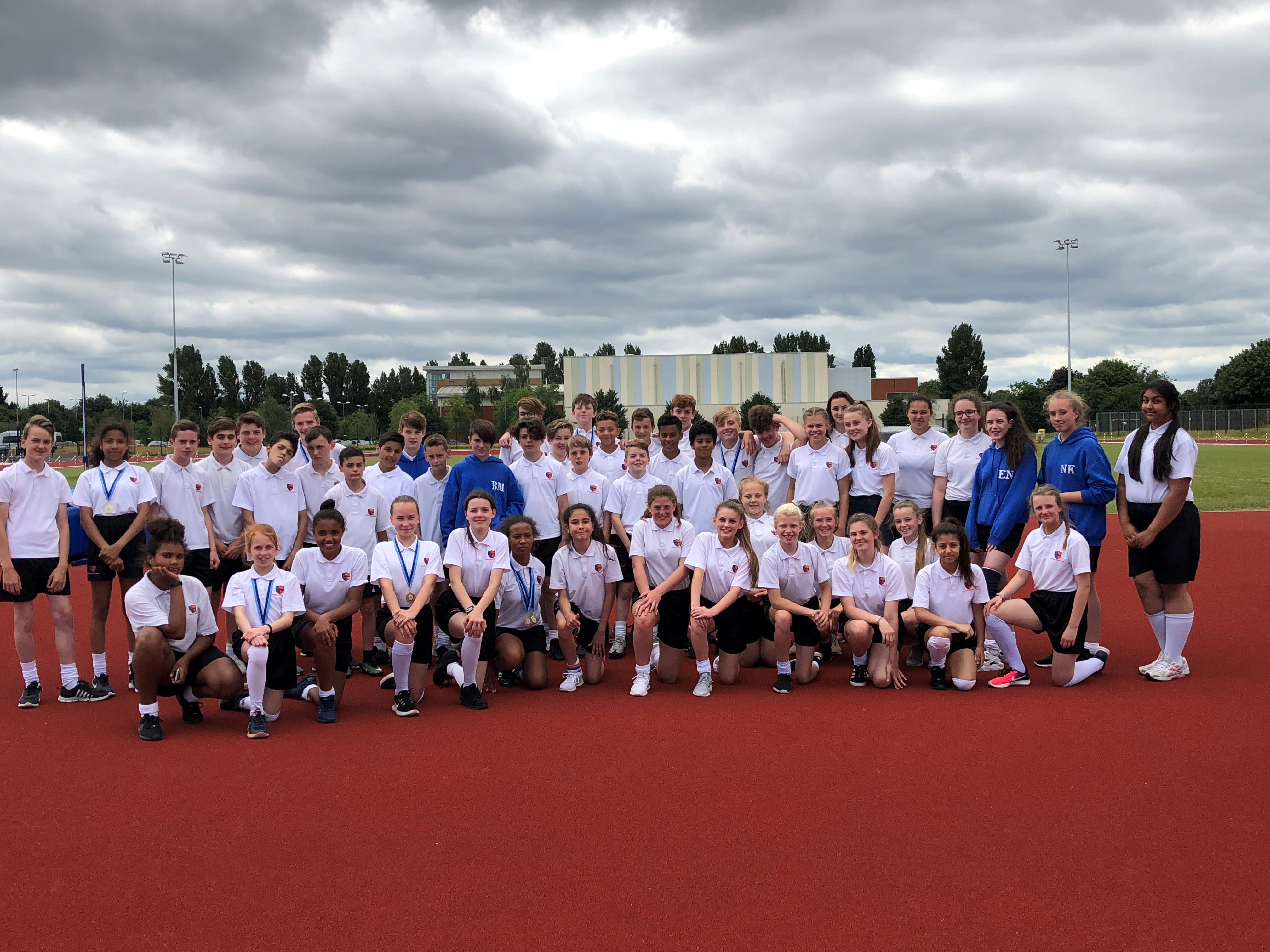 Written by SMS News
Posted on: 09/07/2018
Back to News ListPreviousNext