On 22nd June six year 9 students attended a special Spanish-science challenge day.  Many schools from the area took part at the event at King Edward’s school in Witley near Guildford.  Upon arrival the students were explained the challenge and introduced to some aerospace experts from the RAF and some language experts from a variety of companies.  The project was to design and present plans for a space hotel.  Thought had to be given to the cost of getting it into space, the materials used, the purpose of the hotel, the logistics of how life would be day to day in space and a whole host of other considerations.  The team had to ‘buy’ materials to make a model of the hotel, but all transactions had to be in Spanish, and then they had to prepare a marketing tweet and a face-to-face presentation in Spanish.  Finally they had to give a technical briefing in English.

The team were up against others from both year 9 and year 10 and represented the school very well, with Donald Mashanda receiving an individual prize for his questioning of the aerospace experts.  Although we didn’t win the day the team learnt a great deal about time management, working in a team to a tight deadline and of course improved their knowledge of both aerospace and Spanish.  Well done to them all! 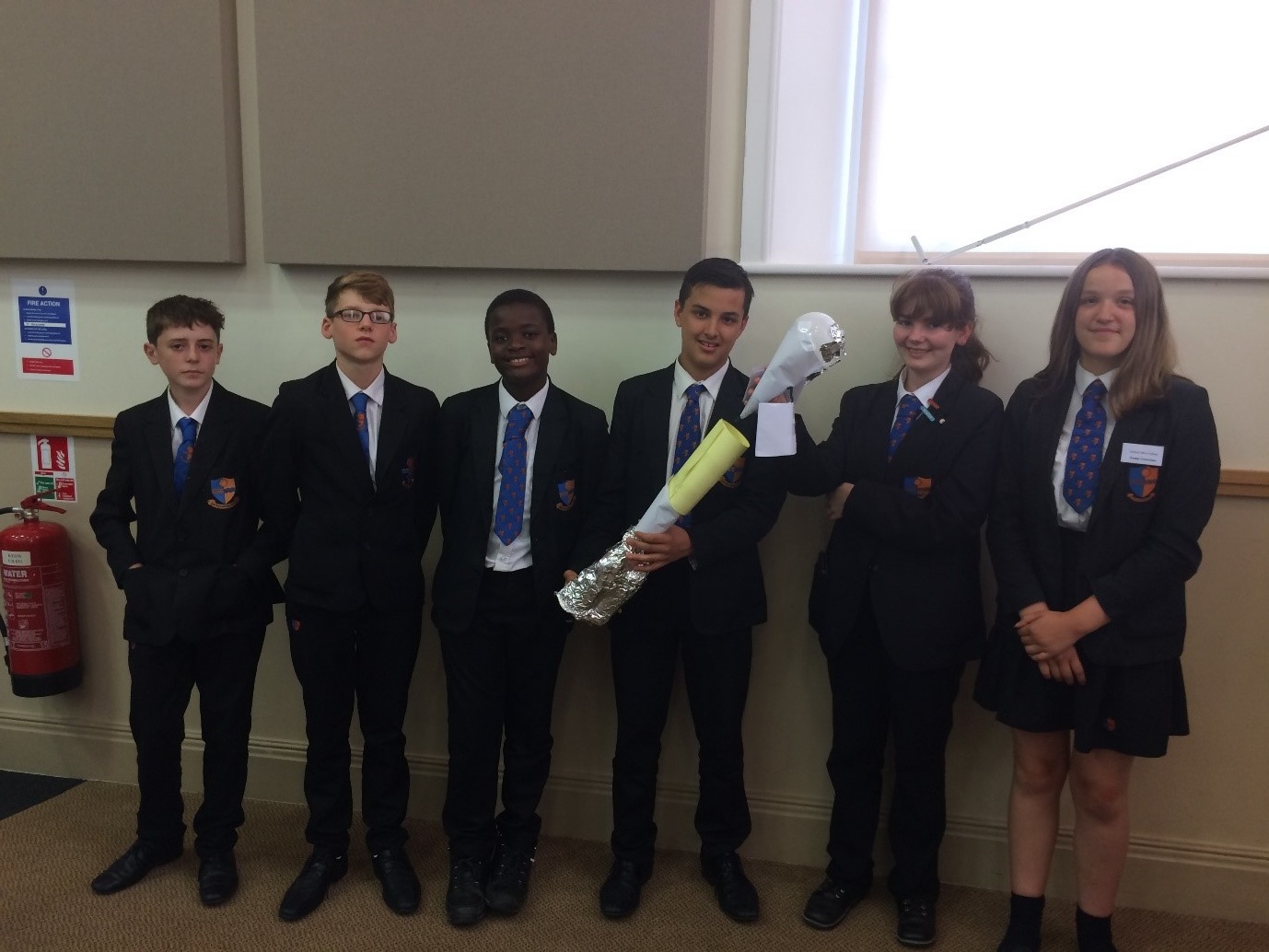 Written by SMS News
Posted on: 12/07/2018
Back to News ListPreviousNext