DOUBLE VICTORY FOR U14 GIRLS

Monday 23rd March was Cup Final Day for the U14 girls. They were going into the match as League winners and were facing their biggest rivals, Magna Carta. The pressure was on to do the double and win the Cup!

From the start Sunbury Manor were in control and dominated the match. It wasn’t long before they took the lead with a goal from Rosie Slotte, which settle the pre match nerves. The girls continued to look comfortable which led to 2 further goals from Evie Cann and Callie Breen.

This was a great match to finish a fantastic season with the U14 girls’. Miss Grice said "It has truly been a pleasure coaching the girls this season and I am looking forward to more success next year. Well done girls!" 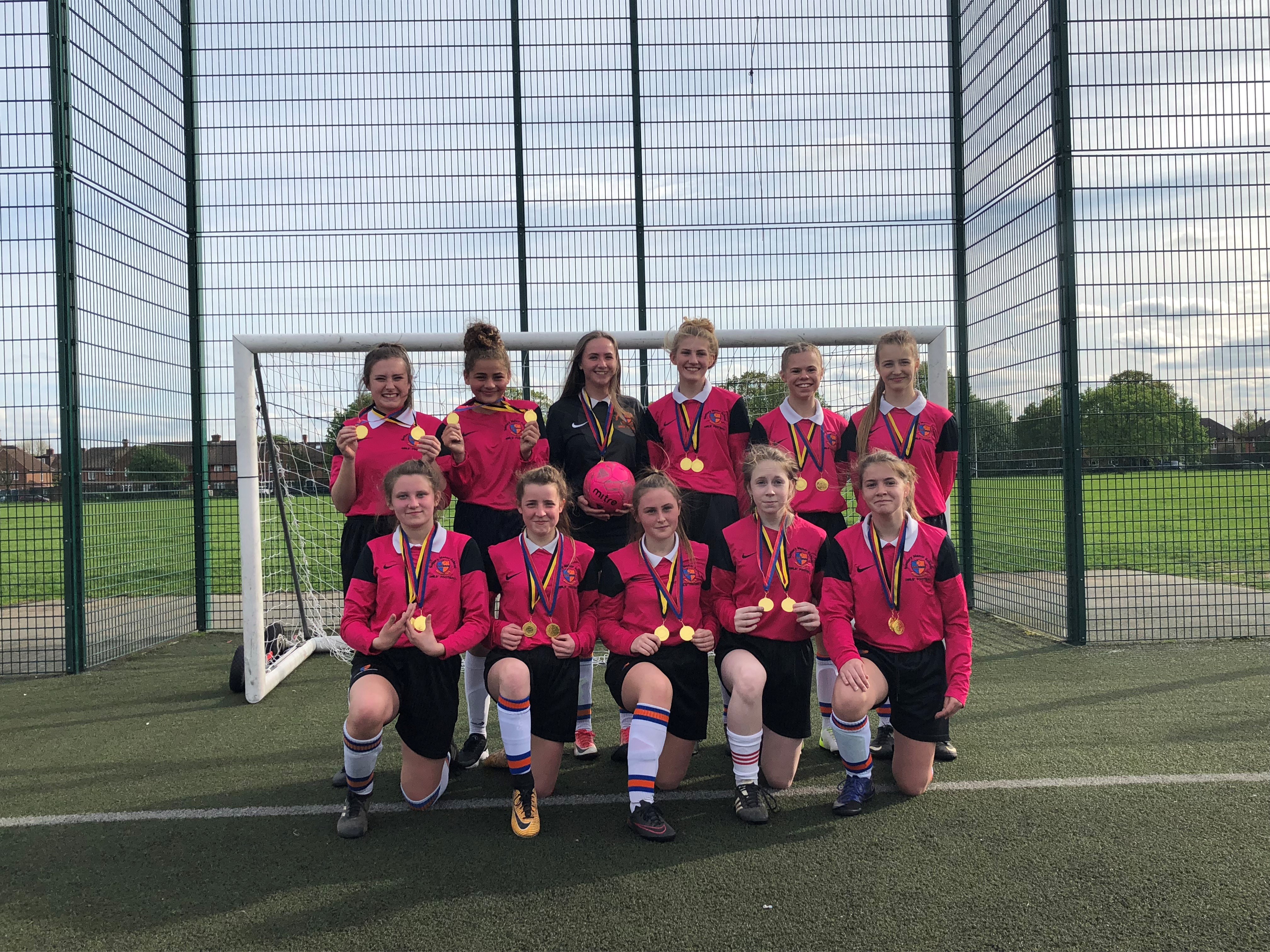 Written by SMS News
Posted on: 30/04/2018
Back to News ListPreviousNext