Being in the middle of the United Nations Decade on Biodiversity was the inspiration for Biology Week 2017. All pupils had an assembly on the importance of biodiversity to the planet and learned that the greater the variety of species, the more sources we have for medicine, food, fuel, fresh water and shelter. They also found out the contributions biodiversity makes to our health as well as aesthetic and spiritual reasons.

It was great to see Maths, Drama, Art, Citizenship and the COIN centre all being involved in looking at the biodiversity and we were astounded by not only the quality of the entries, but also about the variety of animals and plants pupils chose as their “species to save”. It was very difficult to judge as we had over 100 entries, all of which were of very high quality and we even had to watch some videos, but the results are as follows: 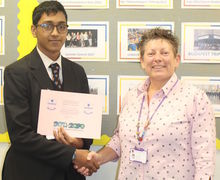 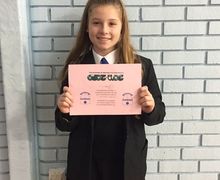 Well done to the winners, pictured above, who both received vouchers, and all those listed above received certificates, as well as having their work displayed on the Biology board. 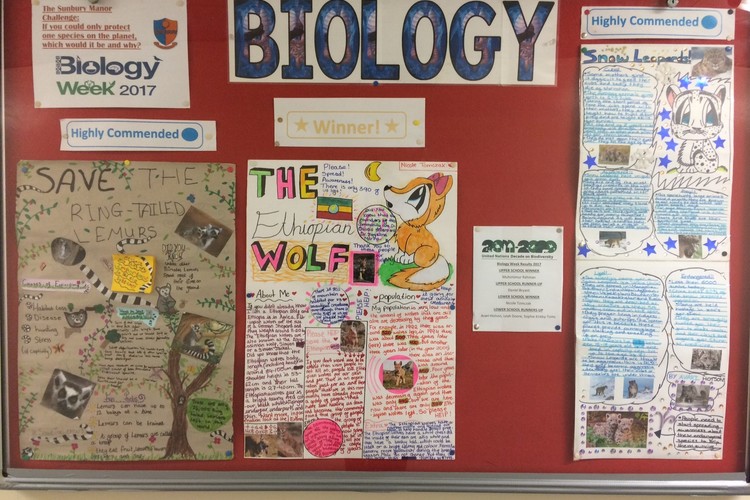 Written by SMS News
Posted on: 10/11/2017
Back to News ListPreviousNext